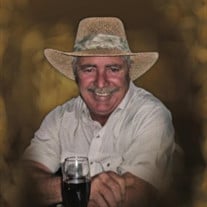 Donald Paul Gibson, 73, of Conway, Arkansas passed away on March 6, 2020. He was born in San Luis Obispo, California on January 23, 1947 to James Albert Gibson and Mildred Hartnell Gibson. He is proceeded by his parents, James Albert Gibson... View Obituary & Service Information

The family of Donald Paul Gibson created this Life Tributes page to make it easy to share your memories.

Donald Paul Gibson, 73, of Conway, Arkansas passed away on March...

Send flowers to the Gibson family.