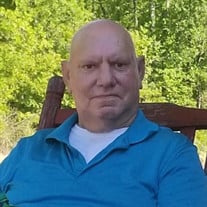 James Earl Minton, 67, of Greenbrier, Arkansas passed away on March 21, 2020 after a long battle with leukemia. He was born on June 14, 1952 in Little Rock, Arkansas to Luther and Bedie Minton. He is preceded by his wife, Sharon Kay Spivey... View Obituary & Service Information

The family of James Earl Minton created this Life Tributes page to make it easy to share your memories.

James Earl Minton, 67, of Greenbrier, Arkansas passed away on...

Send flowers to the Minton family.