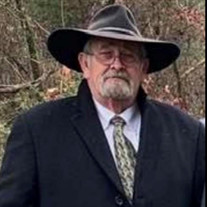 Jeffery Micheal Crites, age 61 of Greenbrier, passed away on March 6, 2022 at his home surrounded by his family, after a courageous battle with cancer. He was born March 15, 1960 in Plainview, Arkansas to Hubert Jackson Crites and Martha Mae Mitchell Crites. He is a 1978 graduate of Plainview-Rover High School and 1995 graduate of the Dallas Institute of Mortuary Science. He was preceded in death by his parents, his brothers James Crites and Jackie Crites, his sister Judy Boggs, his sister-in-law Susie Crites, and his grandson Caleb William Lee. He is survived by his wife of 24 years Teresa Crites, his children Joshua and Kristen Crites of Dardanelle, Blake and Shawna Crites of Damascus, Hannah and Thomas Lee of Conway, Kimberly and Daniel Hayes of Greenbrier, Daniel and Hannah Perkins of Daytona Beach, Florida, and Amanda Perkins of Bauxite. He is survived by many beloved grandchildren, Tristen, Ethan, Evan, Joshlyn, Autumn, Jackson, Weston and Addison Crites; Shawn Lingle; Rachel, Rebekah and Joanna Lee; Brianne Keith; Riley, Dylan, Alex, McKenna, Luke, Lane and Everlyn Hayes; Zackary, BrayLynn, Brantley, Gunner, Danika and Harper Perkins. He is also survived by his sister-in-law Joyce Crites of Plainview, the mother of his children Danette Grant and her husband Michael Grant. Two nieces, three nephews and a host of friends. He was the owner and manager of Bishop-Crites Funeral Home in Greenbrier. He began his career in Mt. Ida at Thorthon Funeral Home. He also served as the Montgomery County coroner before returning to his roots in Yell County as the manager of Dardanelle Funeral Service. In 2001, he relocated his family to Greenbrier, where he became the manager of Bishop-Griffin Funeral Home, which he later purchased in 2014 and renamed it Bishop-Crites Funeral Home. The man, the myth, the legend, Jeff Crites, was larger than life. He worked tirelessly, serving countless others through the funeral industry, as well as caring for his family and anyone else in need. He was a mentor, friend and confidant to many. If Jeff was your friend, he was your true friend. Visitation will be Tuesday, March 8, 6 – 8 p.m at Bishop-Crites Funeral Home. Funeral service will be at Bishop-Crites Funeral Home Chapel on Wednesday, March 9 at 10 a.m., officiated by Bro. Gaylon King and Bro. Freddie Mark Wilcox. Burial will be private at New Bethel Cemetery in Plainview. Pallbearers are Joshua Crites, Blake Crites, Daniel Perkins, Daniel Hayes, Doug Forrest, Preston Forrest, Matt Forrest and Gary Moore. Honorary pallbearers are his grandsons. The family would like to thank Hospice Home Care, as well as Jerrod Jerry, A.P.N with Greenbrier Family Medicine for their excellent care in this time of need. Jeff was a man who left a big footprint on the world for all who knew him.

Jeffery Micheal Crites, age 61 of Greenbrier, passed away on March 6, 2022 at his home surrounded by his family, after a courageous battle with cancer. He was born March 15, 1960 in Plainview, Arkansas to Hubert Jackson Crites and Martha Mae... View Obituary & Service Information

The family of Jeffery Micheal Crites created this Life Tributes page to make it easy to share your memories.

Jeffery Micheal Crites, age 61 of Greenbrier, passed away on...

Send flowers to the Crites family.