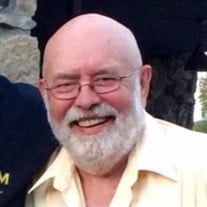 Leslie “Les” Doris Cunningham was born on Christmas day, December 25, 1939 in Hazen, Arkansas.  He was the son of Irvin and Addie (Phillips) Cunningham-Case. Les was called home with his family surrounding him on Friday, February 18, 2022 at the age of 83.  Les lived the majority of his life in the Pulaski County area and the last 15 years of his life in the Overcup Community. He was a Christian and was a member of Bethel Baptist Church in Morrilton, Arkansas. He was a veteran in the United States National Guard. Les was a butcher by trade and worked for Safeway Grocery until retirement.  Les will be remembered as a man of many words and was blessed with the gift of gab. He was a very social person and never met a stranger. He enjoyed visiting with his family and friends as much as possible. He was a light to those around him and never lacked in possessing positivity. Les lived for the people he loved the most.  He was married to Marcia (Love) Cunningham for 38 wonderful years . They raised their only child Evin Cunningham. Marcia passed away in 2003. He later married Evelyn (Barker) Jones-Cunningham in 2009. He lived out loud his entire life. He enjoyed traveling to casinos and going on cruises. He spent many nights dancing the night away with his sweetheart and friends. He left an impact for the good on many lives, and he will be missed fiercely by those who had the privilege of knowing him. Les is preceded in death by his first wife: Marcia Cunningham; second wife: Evelyn Cunningham; son: Evin Cunningham; parents: Irvin and Addie Cunningham-Case; step-father: Walter Case; grandchildren: Lane Belin and Emma Belin. Mr. Cunningham is survived by his sisters: Geneva Manson and husband Robert of Hazen, Arkansas, Rachel Holmes of Conway, Arkansas; step-daughter: Martha Jones Bennett and husband Danny of Greenbrier, Arkansas ; five grandchildren: Tiffany Brownfield, Kevin Cunningham of Little Rock, Arkansas, Brandy Cunningham Belin and husband Mathew, Demi Cunningham of Hampton, AR, Jade Dixon Laymon of Atkins, AR; six great-grandchildren: Michael, Jasmine, Hayden, and Allie Belin, Layton Hegler of Hampton, Arkansas, Jaxon Motley, Lennon Laymon, and Sophie Hill of Atkins; sister-in-law: Betty Howell and husband Jack of Solgohachia, Arkansas; along with a host of extended family members and friends.  A celebration of Les’s life will be held privately by family at a later date.  In lieu of flowers please the family requests donations be made to the Morrilton TC Vaughn Senior Adult Center to honor Les’s memory.

Leslie &#8220;Les&#8221; Doris Cunningham was born on Christmas day, December 25, 1939 in Hazen, Arkansas.  He was the son of Irvin and Addie (Phillips) Cunningham-Case. Les was called home with his family surrounding him on Friday, February... View Obituary & Service Information

The family of Leslie “Les” Doris Cunningham created this Life Tributes page to make it easy to share your memories.

Send flowers to the Cunningham family.