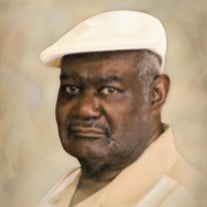 Lester Theotha Delph Sr., 70, of Twin Groves, passed on Sunday, January 31, 2021. He was born on October 16, 1950 in Conway, Arkansas to the late Otha F. Delph and Jeraline Ella Delph. He is survived by his loving wife of 50 years, Eva Delph... View Obituary & Service Information

The family of Lester Theotha Delph created this Life Tributes page to make it easy to share your memories.

Send flowers to the Delph family.