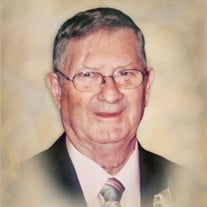 Ratis Walton Yeager, 84, of Greenbrier, Arkansas went to be with the Lord on October 7, 2021. He was born in Wewoka, Oklahoma on April 17, 1937 to Loren and Allie Yeager. Ratis was a United States Air Force veteran where he served a dental... View Obituary & Service Information

The family of Ratis Walton Yeager created this Life Tributes page to make it easy to share your memories.

Ratis Walton Yeager, 84, of Greenbrier, Arkansas went to be with...

Send flowers to the Yeager family.