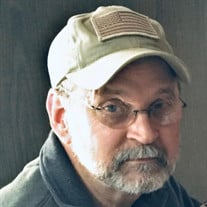 Steven Paul Johnson, age 68 of Greenbrier passed away on May 8, 2021, from Covid 19 and Alzheimers, surrounded by his loving family and his beloved little rescue Chihuahua, Sadiebug. Steve was born December 23, 1952 in Little Rock, Arkansas to Fred and Lee Ann Johnson; his parents and his beloved brother, Pete preceded him in death. Steve is survived by his loving wife of 21 years, Joyce (McGinty) Johnson; his two sons, Clark (Jade) Johnson of Little Rock, AR and Clayton (Paislee) Johnson of Oklahoma City, OK; daughters, Jami (Jon) McConkey of Jacksonville, NC and Jeni (Jason) Barnard of Mount Vernon, AR; and sister, Ann Zimmerman of Ignacio, CO. Steve was Poppy to 7 of the most precious grandchildren whom he adored, Nora Kate and Ella Jane Johnson, Justin and Julia Barnard, and Jalyn, Joel and Joyana McConkey. He was so proud of them and would whip out pictures without hesitation. As a young man, Steve started a career in law enforcement that would forever be a part of his life in one form or another, first as a Patrolman at the Pine Bluff Police Department, and later by his employment with the Arkansas Crime Information Center, where he stayed for 36 years before retiring for 30 days and joining the Faulkner County Sheriff’s Office as an Information Specialist Deputy. If you have been in law enforcement or anything connected to law enforcement before 2013, you probably were taught by Steve at one time or another; his witticism and knack for keeping classes interesting were well known through out the law enforcement community. During all of this, Steve also served his country, first in the Air Force and later transferring to the Air National Guard, where he eventually retired with 22+ years of honorable service. A memorial service will be held at Copperas Springs Baptist Church in Guy, Arkansas on Wednesday, May 12, 2021 at 2:00pm with burial following at McGintytown Cemetery immediately after the service. The family would like to express their deep appreciation to Conway Regional Hospital nurses in the Covid Unit and CVICU, and their gratitude to Lindsey and Jackie with Hospice Home Care for their care and compassion during this most difficult time.

Steven Paul Johnson, age 68 of Greenbrier passed away on May 8, 2021, from Covid 19 and Alzheimers, surrounded by his loving family and his beloved little rescue Chihuahua, Sadiebug. Steve was born December 23, 1952 in Little Rock, Arkansas... View Obituary & Service Information

The family of Steven Paul Johnson created this Life Tributes page to make it easy to share your memories.

Steven Paul Johnson, age 68 of Greenbrier passed away on May...

Send flowers to the Johnson family.