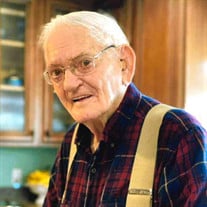 Ward Allen Nohren, 92, of Greenbrier, Arkansas passed away on December 17, 2021. He was born in Cold Spring Township, Illinois on September 8, 1929 to Theodore Nohren and Lora Ethel (Biggs) Nohren. He was preceded in death by his parents,... View Obituary & Service Information

The family of Ward Allen Nohren created this Life Tributes page to make it easy to share your memories.

Ward Allen Nohren, 92, of Greenbrier, Arkansas passed away on...

Send flowers to the Nohren family.